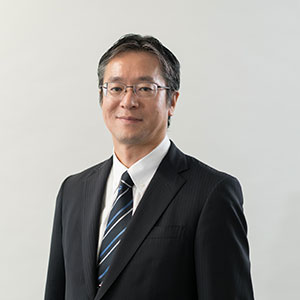 Before 2011, he has been engaged in R&D within not only research laboratories but also product divisions, and involved in projects from ATM node systems, IP router, wide area Ethernet systems, network front-end systems, security appliances, to SDN based product.

He received an MS degree in Electrical Computer Engineering from Carnegie Mellon University, a BS degree in mathematical engineering and information physics from the University of Tokyo.

He has received the 18th Advanced Technology Award “The Prize of Fuji Sankei Business Eye.” in 2004.