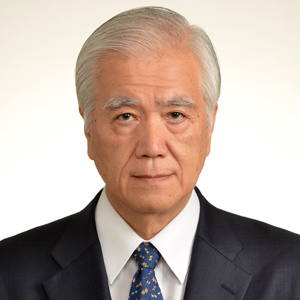 After graduated from the University of Tokyo, Mr. Watanabe joined the Ministry of Finance (MOF) in 1972. Before he was appointed to Vice Minister of Finance for International Affairs in 2004, he occupied various senior positions including Director-General and Deputy Director-General of International Finance Bureau, Personal Secretary to the Minister of Finance, and Director positions of Secretarial Division, Corporate Tax Policy Division and Indirect Tax Policy Division at the Ministry of Finance. He also served for the JCIF on lease. After his retirement in 2007 he was a professor at the Graduate School of Commerce and Management of Hitotsubashi University. From 2013 to 2016, he served as CEO and Executive Managing Director of Japan Bank for International Cooperation.

Since October 2016, he has been the President of the IIMA. Mr. Watanabe received LLB at the University of Tokyo and an MA in Economics at Brown University. He also passed bar examination in 1971.