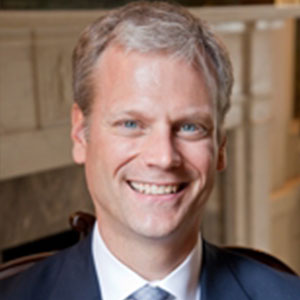 Eric Farnsworth is vice president of the Americas Society and Council of the Americas, heading the Washington, DC, office since 2003. The organization is the leading voice on the hemisphere, where the public and private sectors meet to discuss and promote an agenda based on democratic governance, open markets, and the rule of law. He is a recognized expert on hemispheric affairs and U.S. foreign and trade policy, having given congressional testimony numerous times. He is a frequent commentator in print, visual, and new media, and has authored or co-authored articles in American Interest, Americas Quarterly, Current History, Journal of Democracy, and Latin American Policy, and is a columnist for PODER magazine and a blogger for Huffington Post, National Journal, and AQ Online. His opinion pieces have appeared in Barron’s, Financial Times, Los Angeles Times, Miami Herald, Folha de Sao Paulo, and numerous others. Prior to joining the Council, Mr. Farnsworth was managing director of Manatt Jones Global Strategies LLC, a Washington, DC, and Los Angeles-based strategic advisory and business facilitation firm. From 1995-98, he oversaw policy and message development for the White House Office of the Special Envoy for the Americas. He served at the U.S. Department of State beginning in 1990, and was awarded the Superior Honor Award three times and the Meritorious Honor Award once. Mr. Farnsworth holds an MPA in International Relations from Princeton’s Woodrow Wilson School. He is a Truman Scholar and an alumnus of the Leadership America, Young Leaders of the (NATO) Alliance, and the US-Spain Young Leaders programs.